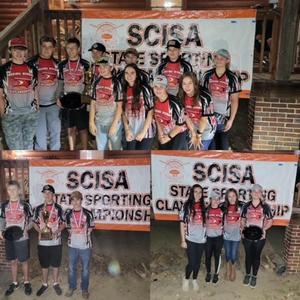 With 30 JV squads shooting, our JV division squad of Alex Kopec (89), Shawn Farrell (88) and John Nates (76) took second place in their division and 5th over all with a very nice squad score of 253.

Several of our shooters will be back in action this weekend at the SCTP Southeast Regional Championship at Forest City Gun Club in Savanah GA.